Home NFLNFC West Is Hurd ready to be the X for the Niners?
NFC WestNFLNFL DraftSan Francisco 49ers

GOOOOOOOOOOO NINERS is what one of my best friends used to yell whenever he would score in Madden (wasn’t very often) or if the real San Francisco 49ers would score in a game. We haven’t been speaking much since 2012 due to my Ravens taking the Super Bowl victory out of his team’s clutches. Since then, the Niners have not had much to scream and shout about. But now it is time to let it all out as they not only have Jimmy Garoppolo back at the helm, they managed to snag a WR in this year’s draft that is an absolute beast. No, I’m not talking about Deebo Samuel! Jalen Hurd could be the steal of the NFL Draft, and I’m not the only one who thinks so.

My colleague Damian Parson was so pumped he took to Facebook on the matter. I am convinced this WR out of Tennessee/Baylor is going to be a YAC Monster. 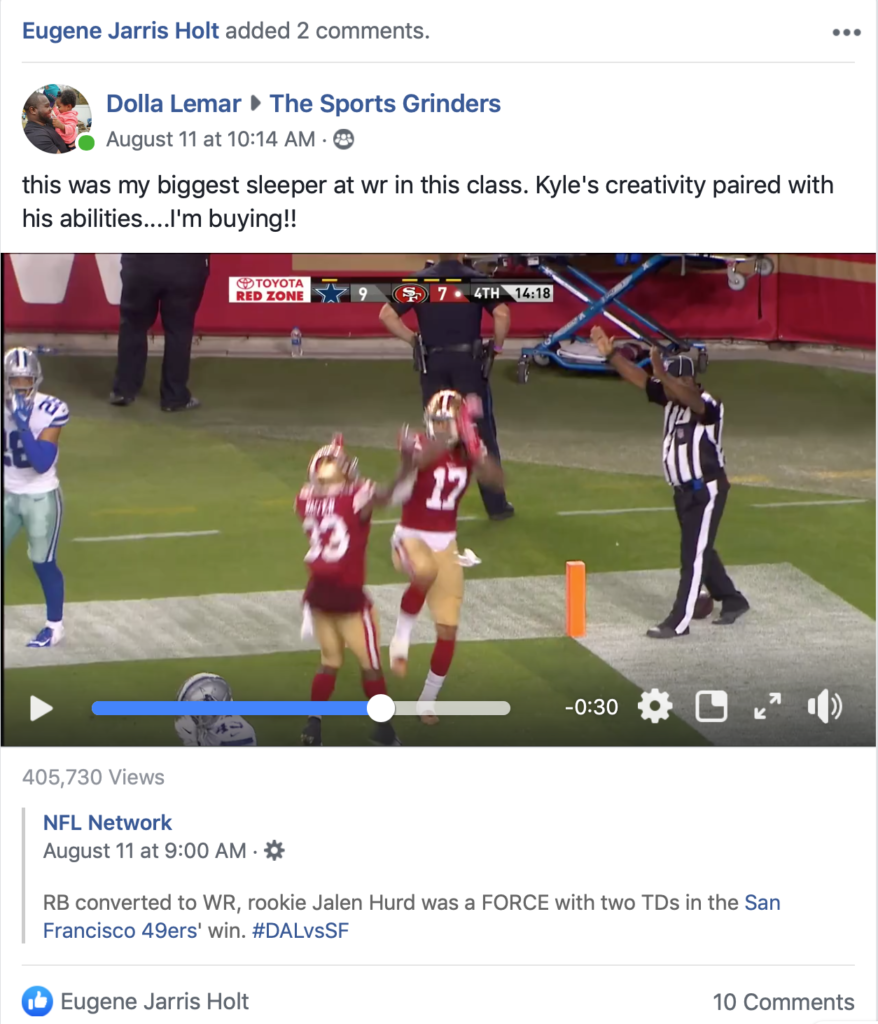 Jalen is one of those WRs that had a “ho-hum” Junior and Senior season. However, his Sophomore year, the guy went off in college for almost 1,300-yards and 12-TDs in2015. Did I mention that was rushing? Hurd is a receiver who will not shy away from contact. DBs are really going to have their work cut out for them once this former Baylor Bear catches the rock.

Fellow CRR Writer Eugene Holt had this to say about the kid.

“If his routes ain’t there yet, you can do screens or put him in the slot. Let him run after the catch…hell put him in the backfield. he’ll get you 4 yards.”

Route running may be a concern with this guy, but Hines Ward never ran straight mechanical routes, and he is one of the greats. It’s really about chemistry. Can you as a WR be where the QB expects you to be? It doesn’t matter how you get there; just get there.

After showing out in his first preseason action against Dem Boyz (Dallas Cowboys), I am convinced this name is not one that will just fade into unemployment by the hands of the “Turk”. Look for this highlight reel of a player to get the 3rd receiver spot in San Fran.

What Oakland Hands Are Left After Brown’s Headache Departure?