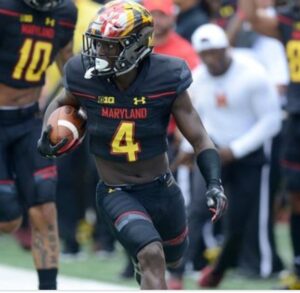 Darnell Savage is a quick, twitchy athlete with much more toughness than his size would indicate. Boasting great closing speed, Savage reacts to what is in front of him in the blink of an eye. Once he identifies where the play is going, it’s like he’s shot out of a cannon the way he gives pursuit.

In the run game he is there for all the smoke. Savage routinely takes a direct angle to the ball carrier, looking to make his presence felt with strong tackles. In coverage he typically works out of a dual high look or off man in the slot. Savage shows a keen eye for the underneath routes, quickly identifying the pass and breaking on the ball. Shows good speed to run deep as well.

Coach Him Up: Most concerns about Savage are centered around his size. With his physical nature there may be worries that he doesn’t hold up for the entirety of an NFL season. Tight Ends and bigger Receivers will be trouble for him, because of his disadvantage in jump ball situations.

Overall: Darnell Savage is best suited close to the line of scrimmage. Using his tremendous quickness to stifle underneath routes and his aggressiveness to help against the run. He should prove to be a versatile weapon for any defensive scheme.

Mobile QBs are here to stay…