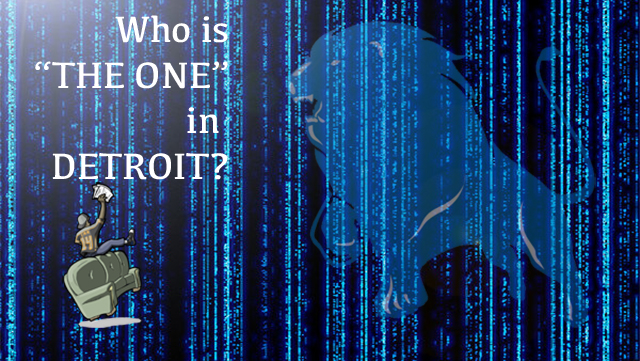 Life after Megatron doesn’t look all that scary anymore. The Detroit Lions know the now retired superstar Calvin Johnson‘s production is irreplaceable. However, they have plenty of insurance on this squad, with the offseason acquisitions. The quartet of Golden Tate, Anquan Boldin, Jeremy Kerley, and Marvin Jones should be plenty of firepower in Motor City. So the big question is, “who is the Number One?”

This experienced vet has been everywhere from the Arizona Cardinals, Baltimore Ravens, San Francisco 49ers and now Detroit. According to Rotoworld.com,

“…there’s “no question” Anquan Boldin will open the season as the Lions’ No. 3 receiver.”

Is that really what you want out of such a productive player? Sure he’s a bit long in the tooth, but the 13-year vet had 69-catches for 789-yards on a team that was hot garbage last year. This amount of production is clearly indicative of a guy who still has plenty in the tank. Q even had a notable 30-yd reception against the Steelers this week. Yes, I know it’s preseason, but it is also 30 hard fought yards. Quan deserves more respect than the third designation. With that said, let’s speak on the number one or number two next.

With Jeremy Kerley never getting the respect he deserves, we will look at Golden Tate as the co-number one receiver on this squad. Tate since leaving the Seattle Seahawks has had over 90-catches per year with the Lions. In his first year with the team, he had over 1330-yds receiving. ‘Showtime’ has had a case of the dropsies lately in camp. MLive.com’s Kyle Meinke reported:

“He had one on Saturday and a pair of them in 11-on-11 drills at Tuesday’s joint practice with the Steelers. Drops happen all the time and are nothing to get all that worked up about, but during these rough few days for Tate, Marvin Jones has emerged as the Lions’ clear No. 1 receiver, per Meinke.”

Does Detroit have a “Jones” for Jones

Marvin is a good number two receiver, but it remains to be seen if he can be a number one guy. He has shown flashes in the past. The former Cal Bear pulled an “Al Bundy” scoring four touchdowns in one game in 2014. That’s nice and all but “what have you done for me lately?” The former Bengals’ speed and what he can do after the catch is what intrigues me.

Look out at this competition heats up in the next couple of weeks. My vote is on Quan, as I have seen what he can do when determined. However, it’s anyone’s spot until Jim Bob Cooter says differently.

Listen! If you want to do more than just place in your league, subscribe to our email list (meaning the overlay you just opted out of. Just refresh the page and it will come back.). There I’ll be giving out exclusive tips to only those who sign up. No sign-up, no championship, no ice cream. “Remember Ice Cream is only for winners…”