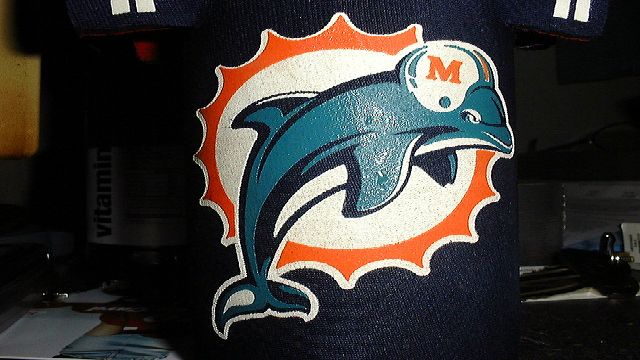 Some teams are very fortunate to have a QB fall into their laps like the New England Patriots with Tom Brady and the New Orleans Saints with Drew Brees to name a few. And some teams have a big name player like Bernie Kosar (Cleveland Browns)  and can never strike gold again. Which brings us to the Miami Dolphins.

Since Marino retired in 1999, the Dolphins have:

– Have not thrown for more than 24-TD’s in one season in this span (By comparison, when he played all 16 games, Marino only failed to throw for 24-TD’s TWICE).

It would appear after the most prolific passing season for the franchise since Marino retired, the Dolphins have a starting QB they can trust in Ryan Tannehill.  But what about the rest of the offense?  Let’s take a look:

With the Broncos, Moreno definitely benefited from playing with Peyton Manning, and opposing defenses who were way more focused on the pass than the run.  Moreno got over 1,000-yards rushing and scored 10-TD’s.  However, he’s got an injury history going with his knees (2 surgeries in 2 years) and is now in an offense which has obviously proven it can’t really threaten people through the air.  Coming off a knee procedure for any NFL player is risky business, but especially for a Running Back.

As for Miller, the Dolphins have obviously figured out he’s not a feature Back (As I unfortunately found out through my Fantasy  draft last season!).  He gained only 709-yards and scored a whopping 2-TD’s and simply could not get the ball in when the Dolphins were at the goal-line.

If Moreno comes back healthy this could definitely improve but that is a very big if, especially in a division which has a good defense (New York Jets) and a dominate run stopping team (Buffalo Bills).

The Dolphins brought in Wallace from the Pittsburgh Steelers in FA hoping he would put a spark in their attack.  And they found out what Steeler fans know about him:

– He runs only in a straight line

For the millions of dollars they gave Wallace, he gave them 900-yards receiving and 5 measly TD’s (If you’re scoring at home, that’s around $10M for each TD, considering he signed a $60M contract with them).  And he’s caused more problems voicing his displeasure with his targets.

Exhibit A:  This response after the Dolphins WON against the Browns in Week-one of the 2013 season, as reported by James Walker of ESPN.com (Wallace unhappy after Miami win over Cleveland)

“Wallace had one reception for 15 yards in his Miami debut, a 23-10 win. He was targeted five times by quarterback Ryan Tannehill.

“I don’t feel like talking” Wallace told reporters while on his way out of the locker room.

When a reporter pressed Wallace by asking about the game plan, the receiver said “I don’t feel like talking about it.  Ask Coach (Philbin).”

Unlike Wallace, Hartline was Tannehill’s go-to receiver as evidenced by his 76-receptions and 1000-yards receiving.  However, he only had 4-TD’s. So for the $23M Wallace and Hartline are counting against the Dolphins cap, they got 9-TD’s.  (About 2.5M per). This must change in 2014, if the Dolphins are to have any chance. They are hoping guys like 2nd round pick, Jarvis Landry from LSU, step up and give them a dynamic to take the pressure off Wallace/Hartline. If not you will see continued problems in the passing game.

Clay was a pleasant surprise for the Dolphins last season and the major reason they had success in the red zone.  In averaging over 11 yards per catch and scoring 6 TD’s, he adds a much needed dynamic to the Dolphins passing attack.

The scandal between Jonathan Martin and Richie Incognito sabotaged the Dolphins entire season and with their departure, left them very thin on their Offensive-line. If you go by the preseason, they should be fine (only allowing 3 sacks). If you go by the regular season, it will likely be anything but.

This should be the season the Dolphins hit 4000-yards passing, if for nothing else they can’t trust their rushing attack or O-line, and Tannehill will likely be playing from behind a LOT. Still, given their schedule, playing the NFC North as well as the Kansas City Chiefs, Baltimore Ravens and San Diego Chargers, it is too much to expect a playoff berth out of the Dolphins in the 2014 season.