Christmas for Draft Geeks is fast approaching. The hot names are already on the tip of everyone’s tongue. The debates rage on about what players will go where, and who’s a better prospect, QB1 this and Mock Draft that…..but under the huge pile of 5-star prospects, and gaudy 40 times are few guys that likely will go unnoticed. I’m here to give those guys some shine. I dropped some sleepers earlier, you can check them out here & here Today I’ll shed some light on a few more guys who may or may not get drafted but I believe they have a certain talent or skill set that will land them on an NFL roster. 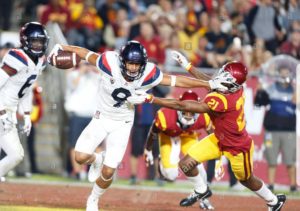 First up is Dane Cruikshank CB/S from Arizona. At 6’1 209 he definitely has the required height and weight for the NFL. He also ran a 4.4 forty yard dash at the Combine, so he checks the box in the speed department. So why no love? Well earlier in his college career, he struggled at the CB spot, then switched to Safety. So being relatively new to the position, there is a sense of what uncertainty surrounding him. But from what I saw he’s perfect for what the NFL asks of their safeties today. His CB background gives him the skills to play man coverage on Receivers along with the speed and toughness to be physical when tackling. His only knock is limited awareness in zone coverage. A trait he understandably doesn’t possess due to his limited time at the position. My guess is he makes a roster playing special teams early on, and as he fine tunes his position, he eventually becomes a starter. 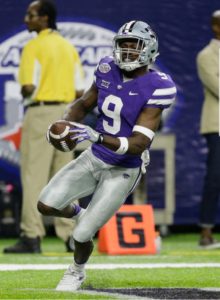 Next up is Byron Pringle WR for Kansas State. At 6’2 200, with deep speed, Pringle offers a tempting physical skill set. The problem is that the polish needed to play WR in the NFL is not there. That may be because he got a late start on football due to legal troubles as a youth. Pringle will be entering the NFL at the age of 25, so some may doubt if there is any upside. But my interest in him is more on special teams. Byron Pringle averaged 28 and 26 yards per kick return his last two years in college. I think his ticket to the NFL is as a kick returner and occasional deep threat. 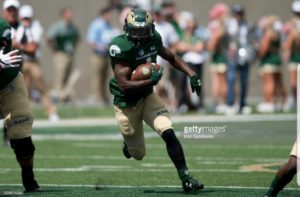 Next, we have Dalyn Dawkins RB out of Colorado State. His 5’9 184-pound frame won’t be running anybody over, but the way he keeps his balance through contact is like that of a bigger player. Dawkins is one of those players labeled as “quicker than fast” meaning he isn’t Usain Bolt running in a straight line,  but moving laterally and changing direction is what he excels at. He also has great vision for cut-back lanes and developing blocks. Add the fact that he runs good routes as a receiver with good hands, and you got yourself a serviceable third-down running back. Guys like Dion Lewis and Tarik Cohen have made it easier for a guy like Dawkins to find a niche in the NFL. 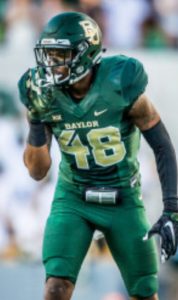 Travon Blanchard 6’2 209 out of Baylor and Texas A&T Commerce. The reason he attended two schools is the reason why he’ll be drafted late. Blanchard was dismissed from Baylor for fighting and the assault charges that resulted. On the field, he offers the versatility that’s all the rage in the NFL right now. Listed as a Safety Travon basically played more of a Linebacker position close to the line of scrimmage. He has the size and speed to be a coverage LB at the next level, he’s no slouch in the physicality department either. If he can stay out of trouble, he’ll be a standout special teams player and maybe a sub package Linebacker. 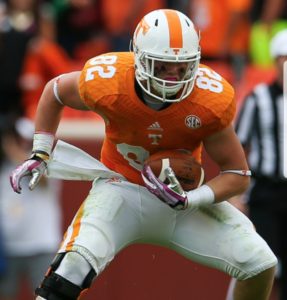 Ethan Wolf TE from Tennessee. Standing at 6’6 and weighing 258, Wolf shows decent athleticism for the TE position. Adequate blocker and receiver combination. His stats in college were spectacular but he was amazingly consistent. Wolf is gonna make someone’s roster as a backup TE with hustle and all-around solid play. He’s not a superstar but he’s gonna get the job done. 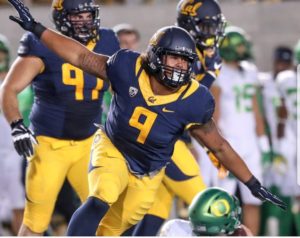 Last but not least is James Looney DT out of Cal.  In my opinion, Looney is a case of not being put in a position to succeed. Looney has good athleticism, quick hands and decent pass rush moves to get to the QB. This Tackle’s best asset is his quickness. At Cal they had him playing DT where at 6’3 287 he just wasn’t strong enough to hold up. Whenever he rushed on the outside, he could explode out of his stance and get a step on the offensive tackle. Playing inside with less room, he was easily moved out of the way. I believe Looney with a year in an NFL offseason training program and improved play strength can be a good rotation pass rusher.