Kareem Hunt: Monster in the making?

Kareem Hunt: Monster in the making?

I am sure that everyone will be huffing and puffing riding the jock strap of the defending SB Champs or condemning them in the season opener; I am not here to do all of that. There is a key element most everyone is missing. The Kansas City Chiefs’ new running back Kareem Hunt is a monster in the making. 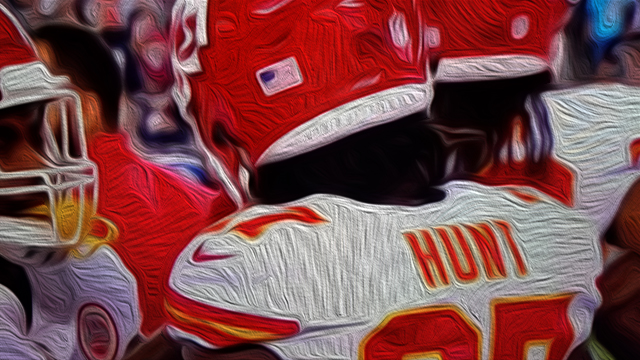 The young rookie had a case of the jitters as he fumbled his first snap but the 3rd round pick came back strong. The third round pick out of Toledo averaged 6.7 yards per carry in the first half gaining 47 yards on 7-carries. Additionally, the first year player scored on a 3 yard pass from Alex Smith just before the half.

This rushing sensation has been quite the story in the offseason catching the attention of fans and coaches alike. Anyone outside of KC has to be scratching their heads wondering what happened to Charcandrick West and his rise to stardom? I am not sure, but KC has a new bell cow with Spencer Ware our for the year. Look out world, Mr. Hunt has entered the scene!