Is Marcus Peters past the “Burnt Toast” Jokes?

Is Marcus Peters past the “Burnt Toast” Jokes?

I’ve been catching crap all week about the Ravens picking up Marcus “Burnt Toast” Peters. I’ll be honest with you. I had to do the research myself before feeling confident in the team’s decision. Others did their research as well. Is Marcus Peter past the “Burnt Toast” jokes? I’ll present to you their numbers.

My boy and former writer for this very site, Damian Parson and a few peers went in on they guy in response to the trade 15 October to the Ravens for Kenny Young and an undisclosed 2020 draft pick. 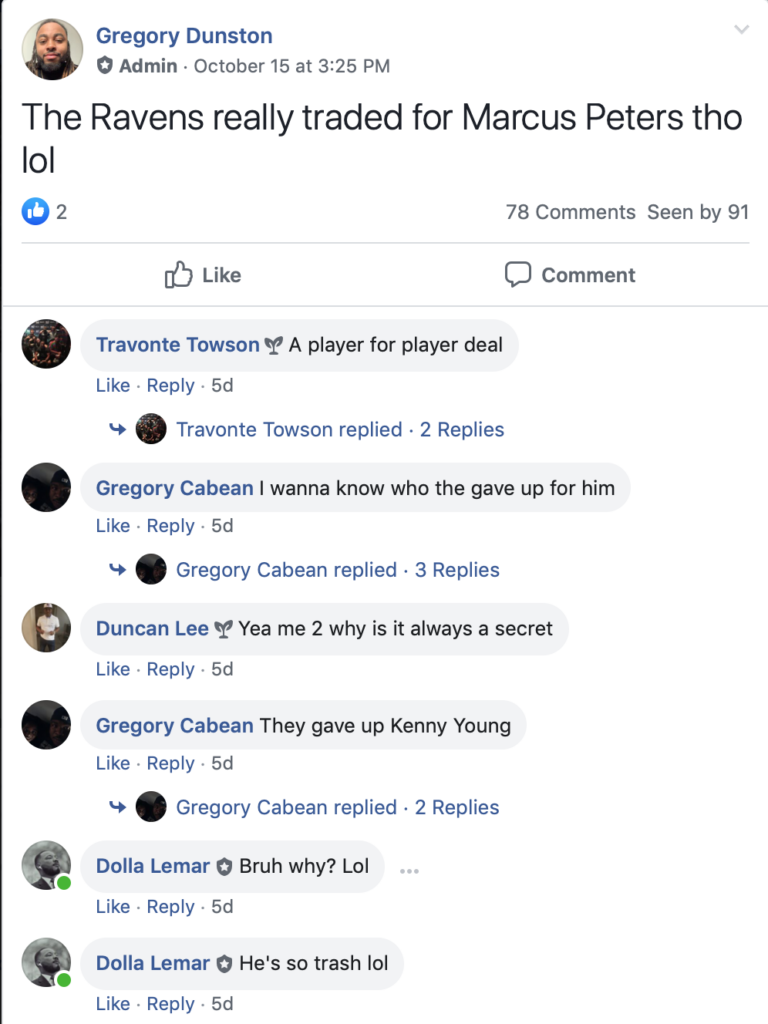 Damian even went as far as looking up stats from previous seasons to call out the now Baltimore Ravens CB. Please see below.

I am not sure what the timeframe of these stats are. I just know that Dame Dolla does his homework and made them “Facebook Official”.

Now I would like to point out the apparent stats with this CB. Marcus has three picks on the year; two of those picks were returns for scores. Additionally, I looked at every single defensive snap of yesterday’s game against the Seattle Seahawks, and here is what I saw.

The former Ram was not charged with traveling with any particular player. #22’s responsibility was just to cover man-to-man on his side of the field.

Russell Wilson tried (targeted) Peters only three times. He had one huge error in the endzone, but the WR dropped the TD on double-crossing routes. Other than that error, Peters was thrown to twice. Only one pass was completed; it was the interception for six.

There was one other pass thrown in Brandon Carr’s zone, and Peters came up to make the tackle. For the most part, Russell Wilson focused on pitching to the opposite side Peters was on.

Whatever the story was with the 2-time Pro-Bowler being roasted, it appears to be something in the rearview. Yes, I know it was only one game, but a guy who is the only player in history with back to back interceptions for two different teams is shining a bright light in the secondary, and I am going to relish in it.

Eric DeCosta strikes again with another great move, as proven by Sunday’s magical performance. On to the Pats.

Peters-Humphrey: Can We Keep Both?