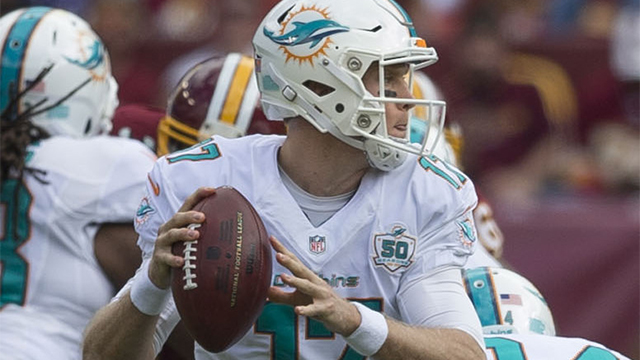 Week 4 of the 2016 NFL season kicks off at 8:25 pm est tonight. The Cincinnati Bengals Vs. The Miami Dolphins. Both teams are entering this matchup with a lowly 1-2 record. This game can change either team’s momentum and rise their stock going into the middle portion of the season. With that being said, like every game, there are expectations or keys to watch for. The five things to expect in this match are:

The Dolphins’ 2nd worst ranked run defense will continue to roll down the “HILL”, see what I did there!! I expect Jeremy Hill coming off his best game so far this year with 17-carries for 97-yards and 2-touchdowns. That was against one of the league’s best defensive units in the Denver Broncos. The Dolphins have not shown the ability to stop a nosebleed in the running department. Jerry Rice used to run the hill to get better. Unfortunately, the Dolphins defense will be hitting the wrong Hill tonight.

Ryan Tannehill will have success against this underachieving Bengals defense. This defensive unit has been inconsistent, to say the least. They shut down the Marshall-Decker combo opening day and shut down Antonio Brown week 2. They turned around and gave up 312 yards passing to Trevor Siemien; you read that correctly the former Northwestern Wildcat. Adam Jones was viewed as a liability last Sunday. I expect him to have a long night covering Jarvis Landry, especially if the front seven cannot pressure Tannehill. Landry should be able to exploit Pacman in coverage tonight.

This game should be low scoring with two struggling offenses, but do not be surprised if both teams put up points. The Dolphins have dropped 20+ points in back to back games, while the Bengals season high in points is 23 vs. the Jets opening day. From a scoring perspective, my expectations are low with a medium level of optimism.

Miami has a dilemma in the running back department, either injuries, production, or experience. They entered the season with the injury prone Arian Foster as the “Man,” well the injury bug has bitten him again, and he is out. They have two young backs in 2nd-year player Jay Ajayi and rookie Kenyan Drake. At this moment the Dolphins leading rusher is (inserts drum roll), their starting Quarterback. Ryan has 12-rushes for 54-yards, making this one of the worst rushing teams in the league by far. Against Geno Atkins and a hungry returning Vontaze Burfict, I do not expect the run game to improve tonight.

AJ Green will return to form this evening. Week 1 he lit up one of the best corners the league has seen the past ten years Darrell Revis. His stat line was ridiculous, 12-catches 180-yards and 1-touchdown. He fell back to earth against the Pittsburgh Steelers with 2-catches for 38-yards. He did show up against the Denver Broncos with 8-catches for 77-yards. I expect Andy Dalton to take advantage of the “Cable Guy” Byron Maxwell who has not been the same since he left Seattle. AJ should bounce back and deliver for the Bengals.

Fantasy: Is today the day to start Hurns?

Dolphins’ DBs: You can recover