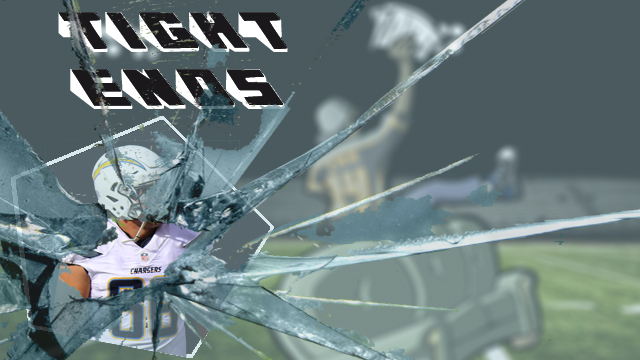 I know you have that itching feeling. I know because I have the same itch that needs scratching. I need my football. The dead zone is almost over. With that sentiment, let us visit a few of this year’s fantasy breakouts. This listing will be a four part series. This list was compiled by yours truly. I feel that if you miss on these picks late, you will pay. They are not based on last year’s numbers but on Original Sports Perspective, which is what you came here for right.

Let’s begin with the Kickers…I’m kidding we all know the second Justin Tucker, and Stephen Gostkowski go off the board, if you are game planning a kicker, you have too much time on your hands. Moving on to TEs.

Sure you could yell “I choose you Rob Gronkowski” at the end of the first round and you may be ok for the first 4-games. But what are you going to do after that? We all know there is high risk/high reward with Gronk, but when he goes down again, you’re going to wish you read this article first. I am recommending a durable beast who is the changing of the guard in San Diego. Hunter Henry will be a notable name in fantasy this season. After scoring 8 TDs (tied for first among TEs) in 2016, there is no question that the 22-yr old will be taking over primary duties as Phillip Rivers kind of likes the guy. I know Gates is there and refuses to retire, but we all have seen his production go down in the past two seasons. Trust me Hunter is your guy.

This next guy is not as durable as Hunter but still has significant upside as he put up almost 500-yds last season in 10-games. The Bears took a major hit in the hands department and will need this guy to step up big to fill the gaping holes left by Alshon Jeffery’s departure. Zach Miller is due a huge piece of the pie in 2017 due to him being a big red zone target and between the hashes option. Sure Cameron Meredith and Kevin White are supposed to step up with Mike Glennon at the helm; however, Glennon is not a guy to shy away from the TE. Most mediocre QBs lean heavily on their TEs until they can get the full grasp of the offense. Miller will have a solid year this year with the aforementioned in mind.

Consistency will be key with this one…

Speaking of mediocre QBs needing TEs, Tyrod Taylor falls into that mix. His TE is not a well-known beast, but he reminds me of a poor-man’s Vernon Davis in his prime. Tyrod managed to target him 87 times in the last season; this is money in PPR leagues. Don’t leave it on the table! I believe with Robert Woods chasing the greenery to the Rams, and Zay Jones being well, a potential bust, in my opinion, Charles Clay’s production is going to be critical in the Bills’ passing attack. Some say he’s not even worth a fantasy pick; I beg to differ. He may go in the 12th -14th rounds of most 10-man league drafts, but he will go. Once your league makes a run on TEs and the big names are off the board, keep this six-year veteran in mind.

That is all I speak on for TEs but stay tuned for more Original Sports Perspective on the next position group.