5 Sleeper RBs you can’t afford to miss on 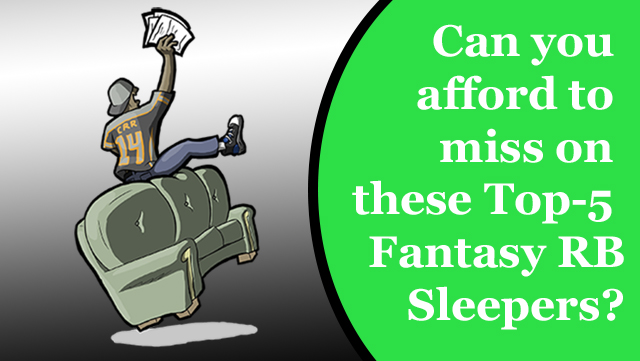 5 Sleeper RBs you can’t afford to miss on

Can you afford to miss out on these RBs? Tune in as Jermaine gives some insight to your upcoming fantasy football draft.

Listen! If you want to do more than just place in your league, subscribe to our email list (meaning the overlay you opted out of. Just refresh the page and it will come back.). There I’ll be giving out exclusive tips to only those who sign up. No sign-up, no championship, no ice cream. “Remember Ice Cream is only for winners…”

Just when you think everything is cool, some dumb draft website drops an ‘F’ grade on you, after you drafted your ultimate team? Stop banging your head against the wall. There is no need to shout obscenities and curse the fantasy football world. Don’t sweat it folks. It happened to me here. Click the play button to find out what happened.

Tune in as Jermaine breaks down why the method to his madness in drafting the below players in his latest.

Don’t worry folks, I’ll still be in the ship (championship), even with a lineup like this. 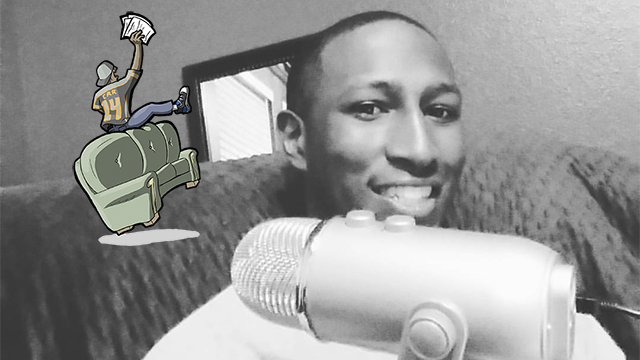 Tune into our latest as Jermaine provides original sports perspective, from our couch to yours on his top-5 CBs from 2000-2009. Along with that, he has a personal message to the some NBA Finals haters.  As a reminder, this is his personal list. Some of you have your own views and we welcome them. Please feel free and share them with us after listening.

For more original sports perspective, you could always sign up for our newsletter. 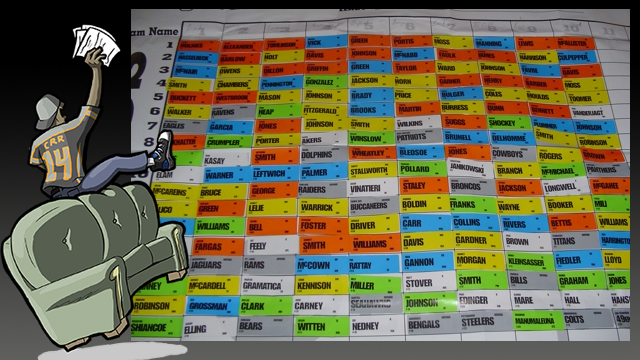 Have you ever gone into your Fantasy Football season unprepared, with the stats from last season? If so, my guess is that things did not go over well for you, especially if you were one of the idiots who thought Andrew Luck should be your first overall pick because ESPN or some other expert told you so. To be honest, not even I am “Ms. Cleo”. I refuse to sit here and tell you your first overall pick is not going to get injured in the preseason. I cannot predict the future.

What I will tell you is DO NOT, DO NOT, DO NOT, PICK ANDREW LUCK WITH YOUR FIRST PICK! Now that I have foot stomped that issue lets move on to the reason you’re reading this jibberish, the fantasy football first round draft projections. This is NOT an actual draft; this is simply my projection of where each player in the top ten picks will land.

1 Todd Gurley – Todd took the league by storm last year and confused many draft experts. Nobody saw this guy coming. The same could be said about Zack Stacy a couple of years ago and we see how that panned out for the LA Rams. Tread carefully with this one. Of course, if you’re sitting at this spot and you pass, you’re about as bright as a 25-watt bulb and probably should not play fantasy football.

2 Antonio Brown – This Pittsburgh Steeler averaged 15.4 fantasy points per game in 2015! A normal game for him is 115-yds and a touch. Some may question taking a WR this early. Some pundits were not even this bold to take Megatron this early (when he was playing). I am telling you there are a ton of people itching at the chance to get their hands on this energetic, pole-hugging, Big-Ben loving fantasy monster. If he slips past the first pick, get those tissues ready because he is gone before 3.

3 Jamaal Charles – Look folks, this pick is not going to be sexy. It is not going to make me the most popular guy by the water cooler. In fact, some of you are probably wondering if I am staring at a 2015 predraft guide. I am not. This is the same guy who was injured in 2011, came back and ripped the league for 1509-yds and 5-TDs in 2012. He may be held out of camp and preseason but day one of the season, please believe he will be running as if his dreads are on fire! This is “couch gold” folks. You will rule your league when you do this. If not you can get a full refund from me. Of course, you never bought anything from me in the first place, so that puts me in the clear.

4 LeVeon Bell – When this guy isn’t allegedly ducking drug tests and getting suspended by “Mr. No Fun” Rodger Goodell, he is an extremely versatile back who can dance. RavensNation I am sorry for point out two Steelers in the top-ten but who we got? Sometimes I feel like the younger, thinner, more attractive, Mike Preston, with all the shade that I throw at my own team. Times are hard in Charm City. Anyway, LeVeon is worth the pick here in fact if he slides here, put your hands and fingers together and say “Excellent” (like Mr. Burns from The Simpsons).

5 Rob Gronkowski – In some leagues, you will see this guy honestly go first overall. I don’t blame them. Some people actually won their league based off of this guy’s ability. Gronk is a beast and only has one speed, 1000!! That same strength is also his weakness. His career has been a roller-coaster two seasons on, and then two dealing with injuries. Guess what? This is an off year! Take him if you want, but don’t come running back to the Couch crying when Julian Edelman has to once again shoulder the load for the team because everyone’s favorite red bull drinking, club wrestling, Gronk spiking Pat is down for the count.

6 Adrian Peterson – He may be a little long in the tooth but he still can flat out ball. There is no harder working RB in the league and you can bet he is ready to prove he still has it. He still had 11 TDs last year. I highly doubt he slips past six.

7 Odell Beckham – I don’t care if you saw this guy dancing in the club or on a boat with glitter shoes on. He could come to the game in a wedding dress like Dennis Rodman for all I care. It does not matter. This boy can flat out ball! What matters is this is Eli’s favorite target. With Victor Cruz coming back healthy his numbers will decrease slightly, but he still will be a top receiver in this league. Sit back and bask in the greatness of this selection of this pick.

8 Julio Jones – It has been two years since that “do the Julio” commercial aired on TV and I still have the song stuck in my head when I see his name. Anyway, Julio will see the majority of action in ATL as usual. It’s not like there is a legitimate receiver elsewhere on the roster who can help with that load. Yes, I am aware Devin Fuller is there. He has potential but that means he ain’t done diddly yet.

9 Allen Robinson – Some people have Dez Bryant coming off about here. I got news for you, there are no Cowboys in my top-10. Robinson averaged 14 FPS per game in 2015. Watch this Jaguar go bananas in 2016.

10 Thomas Rawls – I was really torn here. Three-way-tie almost. I had to choose between Ezekiel Elliott, Thomas Rawls and a personal favorite of mine, Carlos Hyde. I chose Rawls because he is proven and fearless. Hyde is coming off of injury and Elliott is honestly overhyped.

Well folks, there you have it. Take a look at the list and know that if you’re picking anyone not on this list above, you’re reaching or you may have something wrong with you. Of course, there is the off chance that you may know something I don’t. HAHAHAHA Oh man, I crack myself up. Good luck folks. 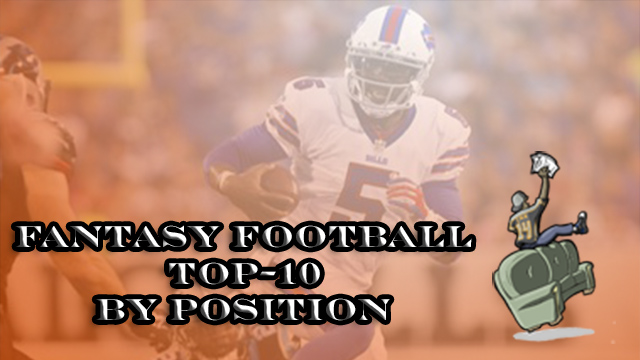 We have not forgotten about you Fantasy Football world! We are breaking down the top-10 players per position just for you! You’re going to need Original Sports Perspective if you plan to make it through this fantasy football season.

This is just the beginning. Stay tuned for mock drafts and more! Comment below and tell us what you think. 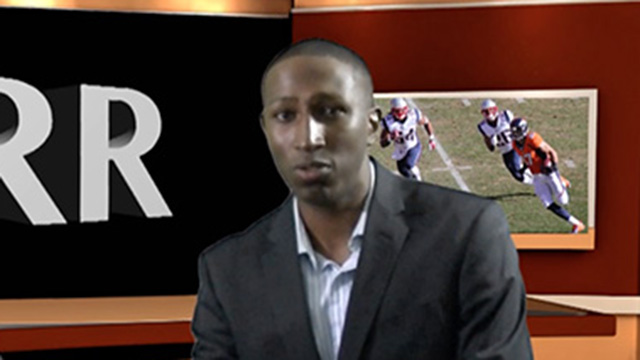 Tune in as Jermaine Lockett chimes in on the NFL Draft briefly in his latest podcast. He did terrible in his MOCK Draft. He owns it here. Sorry for leading y’all down the wrong path.