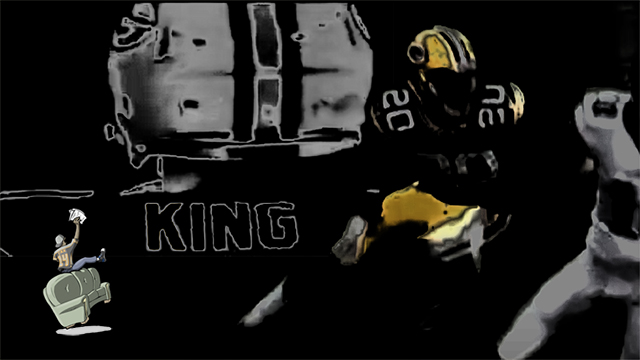 The last thing anyone wants for their star players is to lose them to injury, but the show must go on. A team cannot have a single point failure when it comes to that position. The Green Bay Packers are very familiar with this statement having lost 11 starters during their epic Super Bowl run in 2011. Depth is essential for any position, but today I will focus on Cornerback. Is Green Bay in good hands if Quinton Rollins or Davon House to injury? Davon has been dealing with a hamstring injury as of recent. Who is going to step up.  Back in May, the team seemed to think Kevin King was the answer. Is he still the answer? Can Kevin be “King” of the CB Hill?

According to the Green Bay Press Gazette CB may be an issue. Tom Silverstein had this to say on the matter:

“King has been getting beaten badly by pretty much any receiver that lines up opposite him, especially in one-on-one drills. After drafting King with the first pick of the second round, Green Bay said it envisioned King as a Week 1 starter. But that’s unlikely to happen. Davon House and Quinten Rollins figure to get the nods there, with Damarious Randall and Ladarius Gunter behind them.”

I came in with high hopes for this young man because of a couple of highlight videos, the stats and accolades of this young, rangy CB. How could I have been so far off? Oh I know, because they are called highlights for a reason.

But what if my first thought was the right thought and these critics are wrong? What if he is simply a rookie learning through immediate failure? Something tells me that is the direction I should lean. I stick to this notion because of the intangibles. You cannot teach height (6-3) or speed (4.43-40-time), but what you can work with is technique and will to learn.

I get it. King’s tight in the hips has trouble with a hard press which may require him to eat a little more to add more weight. However, Mike Mayock and I are both in agreement when we say “this man’s best football is ahead of him.” He even proved to still be physical in week one of the preseason against the Philadelphia Eagles.

Should he get a shot tonight to prove his worth against the Washington Redskins, I’m sure more than his prototypical size and speed will turn heads.