Bills set Tyrod up for failure? 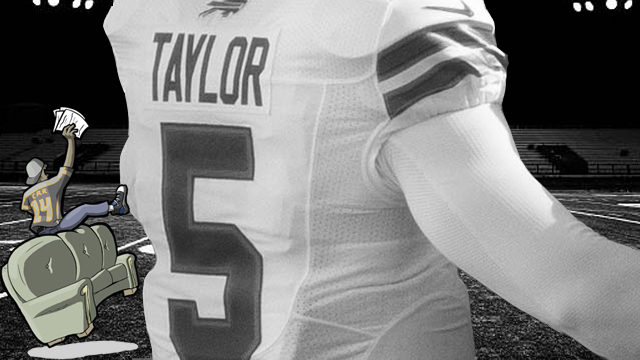 Bills setting Tyrod up for failure?

Anyone who knows me knows I write about personally passionate topics I. One of the topics that I am currently hot about is not the Kaepernick story for once. You should know how I feel about that already being a Military member who loves this country. The topic that has me hot right now is how the Buffalo Bills are setting up Tyrod Taylor up for failure. By the way, I’m a huge Tyrod Taylor fan!

You took the man’s favorite toy

If you saw the preseason game the other night against the Minnesota Vikings, it was easy to see that T-Mobile’s favorite target is Sammy Watkins; he connected to Sammy on his first three passes. How is this any indication that the team needs to send Sammy to the Los Angeles Rams?

Let’s take a look at the fallout from this move. Sure, according to PFF sending a third to the Philadelphia Eagles in exchange for Jordan Matthews is an ok adjustment. However, compared to Sammy Watkins, you’re looking at two different receivers. Sammy is a WR that takes the top off of a defense and Jordan is a possession/slot receiver. I’m sure the team can counter with the drafted WR Zay Jones as the solution to not having the former Clemson Tiger on the roster. I fully disagree.

Do they have a number 1?

Mainly, I disagree because they at least needed to kick the tires on Jones for at least two regular season games before committing to him as a replacement. Sure they are just about the same speed. (both had 4.45 and 4.43 40-times). But there is more to it than just speed. It’s not like Jones had a notable showing on Thursday night either. For a guy who is supposedly a fit for the number two WR spot, they should at least pull in a couple catches on the teams first preseason showing right? I’ll admit, I have never really been a big fan of Watkins, because of his inability to run smooth routes and make the hard possession catches, but he was good at bringing down the deep ball.

The Bills believe Anquan Boldin has the talent to help this unit move the chains and moving to Sammy Watkins removes the issue of signing him to a long term deal. However, while this makes sense in the front office, Tyrod is the one suffering. Anquan is over the hill, and while he has a stiff arm that is about as mean as Rex Ryan without a snack, he won’t be putting up highlights of deep TD passes. Without a true Star receiver, it almost appears as if they are packing it up for next season and are not supporting their team leader.