Why the Dolphins need Arian Foster 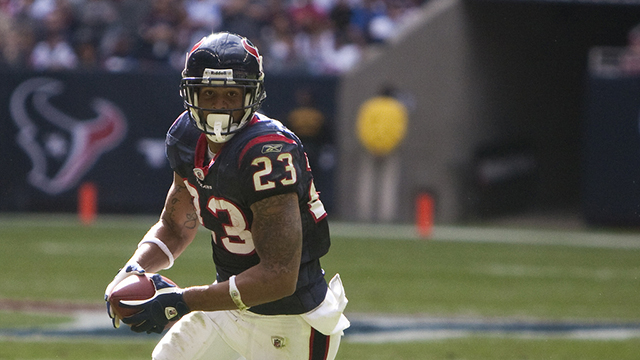 Changing of the game

There are few premiere running backs in football, because of the way the game is changing. This game has transitioned to such a pass oriented league due to the YPC possible with the new signal callers. Even the basic non-football mind can understand; do you want 4.5 yards per carry or 8.5 yards per catch?

This however has brought the value of a good back down. Sure, there are teams like the Kansas City Chiefs, who value their stable of capable backs like gold because their offense runs through them.  However, who else is built to run like that? The Baltimore Ravens of old were built in the constant rushing mode when they consistently ranked in the top-ten in rushing offenses since 2007.  However times have changed and Ozzie Newsome has went in a completely different direction. Backward but that is another story for another time.

“Arian Fosters” are hard to come by

What I am getting at is guys like Arian Foster are very rare. This game changer has had a few injuries over the last few years. He had hips, groins, back and hamstring injuries. You name it, he had it. The upside to that is when he heals up, you have one of the best in the game. The Miami Dolphins could certainly benefit from convincing him to stay past Tuesday considering they just gave their last guy to the Foster’s former team, the Houston Texans.  This team is going to need a Running monster to stay competitive in a really tough AFC EAST.

While I think Lamar Miller is a very capable back, I think having Foster as the feature back in Miami is an upgrade. Foster is only 29 years old and the average life of a RB before decline is eight years. Foster has been in the NFL for seven seasons and due to injuries has only played the full 16 games in two of them. This could mean he either has some more gas in the tank in his eighth season or Miami could be in for a free-agent bust signing. I will go with the ladder. Even the Dolphins are not ready to commit according to the Miami Herald who is saying

“Both sides have made this clear, with Foster’s camp leaking he won’t sign anywhere until he’s ‘completely healthy.’ Miami is trying to establish where Foster is at in his rehab, and will undoubtedly try to wait for Foster’s price to come down. Foster is gambling he’ll be more valuable when he’s closer to full speed in May or June.”

Only time will tell…

While Foster is a frustrating fantasy football player, his talent level cannot be ignored. He knows he needs to get back to his 2010-2012 form, where he put up a combined 45 TDs rushing and receiving.  For the right price, this extremely talented former Texan should be in a Dolphins uniform for the 2016 season.

Bonus Gift! One set of In-Laws